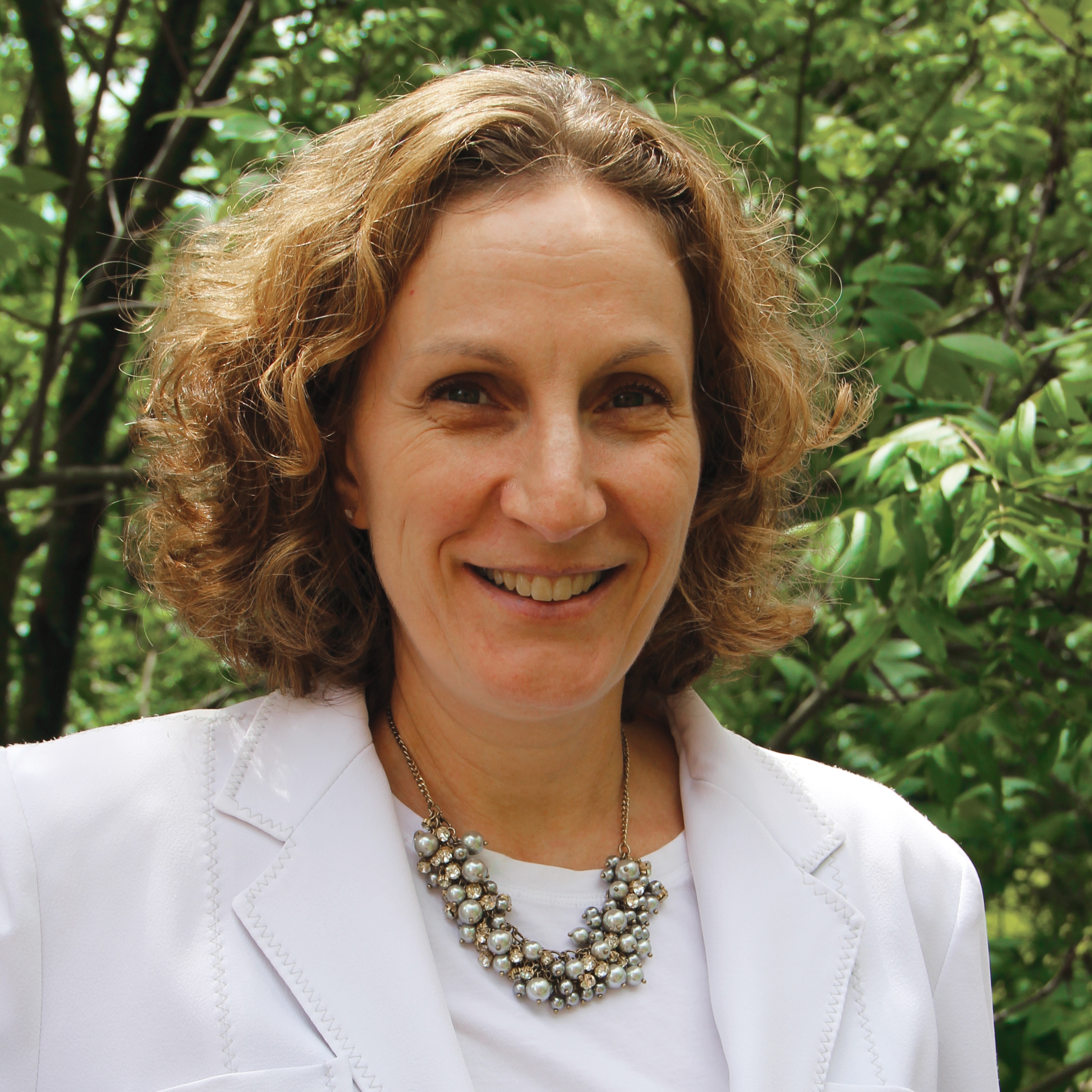 In the United States, most births occur in hospitals with the attendance of physicians, mainly obstetricians. But in many other wealthy industrialized countries, including the United Kingdom, Sweden and Japan, midwives attend most births and far outnumber obstetricians.

The difference has its roots in history: West African midwives were brought to America as enslaved people and attended the births of both Black and white women in the antebellum South. These “granny midwives” continued to care for both Black and white poor women in most rural parts of the South after emancipation.

Medicine and, to some degree, nursing systematically eradicated midwifery in the U.S. in the last half of the 1800s and, by the beginning of the 20th century, midwives attended only about half of all births in the U.S., with physicians attending the other half. A series of events between 1910 and 1920 set the stage for a pathology-oriented medical model of
childbirth in the country and, by 1935, midwives attended less than 15 percent of births. Midwifery began to make a comeback in the 1970s and 80s, embraced by middle-class white women who wanted more of a voice in their maternity care.

“There are so many misconceptions about nurse-midwives’ scope of work. Many people believe that we only do labor and delivery, that we only do births at home or that we only attend unmedicated births,” says Eva Fried, DNP, CNM, WHNP, assistant professor and director of the nurse-midwifery MSN. “Actually, Certified Nurse-Midwives (CNMs) —
registered nurses who hold either an MSN or DNP in midwifery and have passed the relevant national certification exam — are prepared to provide sexual and reproductive health starting at puberty through a woman’s lifespan and to care for the newborn up to 28 days of age. We work in settings such as hospitals, health centers, private practices, birth centers and homes.”

According to the American Midwifery Certification Board data, in 2019, there were more than 12,500 CNMs in the country. Certified nationally and
licensed on a state basis, CNMs provide services including general health check-ups and physical exams; prenatal, labor, birth and postpartum care;
gynecologic care; and treatment of sexually transmitted infections. They are also able to prescribe a range of substances, medications and treatments, including pain control medications in all 50 states and D.C.

As the U.S. faces a maternal and infant health crisis fueled by structural racism that drives significant racial disparities in maternal and infant
morbidity and mortality, midwives of color, in collaboration with their allies and professional associations, are leading the work to provide access to culturally aligned prenatal, birth and postpartum care and support for their communities. Expanding access to midwives, especially those who are part of the communities they support, can significantly improve the health and birthing outcomes and
experiences of people of color and LGBTQ+ people.

“Historically, midwives were a diverse group. Recently, the profession has made intentional efforts to restore diversity so it can better reflect the country’s population,” Fried says.
“Our program is composed of 20 percent underrepresented and minority students and we have worked on several layers to create a positive culture and inclusive environment. We
have also been intentional about recruiting students from underrepresented communities.”

“The onsite intensives give our students the opportunity to practice skills and develop trusting relationships with one another and with faculty, as well as become familiar with the
norms of the profession and being welcomed into the midwifery community,” Fried says.
We heard from three UC midwifery program alumna about their journey before and after becoming CNMs: Emily Leonard, CNM (class of 2020); Tracy Burns, CNM (class of 2018); and Cindy Nypaver, PhD, CNM, WHNP-BC (class of 1999, associate professor and former Nurse-Midwifery MSN program director).

Why did you decide to become a certified nurse-midwife?

EL: I have known since I was a young girl that I wanted to work in women’s health. Although I originally thought I would be an OB/GYN, I went to nursing school with a plan to work as a labor and delivery RN. After graduation, I experienced my first delivery with a nurse-midwife and it was unlike anything I had seen prior: The experience was so natural and showed me respect, patience and empowerment. I thought “all women deserve this.”

TB: I am a mother and a nurse, and my husband is a neonatologist, so our lives are consumed with health. I am also a CrossFit coach and feel that it is my calling to not only serve women but also be a voice and advocate for them. The standard American diet and lack of proper education on health and wellness have left mothers and children at risk for all sorts of diseases and I felt a strong calling to be a part of that change. Also, my experience with hospital births drove me to educate women on having a healthy pregnancy and a supported birth experience.

CN: I truly believe that I was “called” to be a nurse-midwife. Having had extensive experience as a labor and delivery nurse and as an office nurse in an OB/GYN office, I felt that the care
that I provided was fragmented — I was either present during prenatal care or during birth. In addition to wanting to provide the full continuity of care, I saw pregnancy and birth as normal physiological processes, not medical conditions. Midwives are the absolute experts in taking care of women with normal pregnancies; they provide holistic, woman- and familycentered care.

In what type of community and setting do you practice?

EL: I practice in an urban community, but we see women who travel from rural areas to receive care at the practice.

TB: My practice is around 50/50 private insurance to low socioeconomics. In the wide array of patients I see, I have noticed that many of the women in our community struggle with obesity and metabolic disease.

CN: I have worked in a variety of settings, including a federally qualified clinic working with diverse, low-income, low-resource women; a faith-based community clinic; a suburban private practice with several midwives and physicians; an exclusive nurse-midwifery
practice; and an urban academic health care facility. Most of my years of service
as a nurse-midwife have been devoted to care for women from diverse backgrounds with low income, including immigrants and refugees.

How did the midwifery skills intensives at the College of Nursing contribute to your preparation as a midwife?

EL: It is important to learn in an environment where you feel comfortable asking questions and simulating skills, so you feel prepared when in the clinical setting. Prior to the intensives, I had not seen many of the required midwifery skills in person and had no idea how they were performed. The intensives – one of the most beneficial aspects of the program – made me confident in performing the skills with guidance from my preceptor during my clinical rotation.

TB: The clinical intensives prepared me for all the procedures and hands-on work midwives do. It also served as a team builder, as I met classmates whom I still call friends and sister
midwives. We follow each other’s endeavors, collaborate and network, even five years later.

CN: During my time as a student, the nurse-midwifery program was onsite and did not have formal clinical skills intensives or much simulation equipment. We learned how to tie sutures and practiced suturing repairs on a chicken breast. After practicing full scope as a CNM for several years, I joined the College when the Nurse Midwifery MSN was being converted to an online program, enabling the growth of the profession and the
education of midwives in rural areas, where there were no maternity care providers. Once I became the program director, I led a team to develop and implement the current clinical
skills intensives.

What have been some of the most rewarding aspects of working in nurse midwifery? What specific challenges have you encountered in this field of work?

EL: The bond you create with women and families as you care for them and the ability to safeguard and advocate for women so they can achieve their set goals are very rewarding. And, of course, all the miracles you get to witness! One of the biggest challenges is the psychological toll this career can have on you, as patients become family and you never stop thinking about them: You worry about their breast biopsy results, pray they can conceive on their next cycle, hurt for the patient diagnosed with a sexually transmitted infection and more.

TB: Placing a child on a mother’s chest, helping a woman lose 75 pounds, walking a mother through the loss of a child and preparing childbirth classes and programs to serve women are the highlights of my last three years working as a midwife. Challenges include working with physicians with mutual respect, collaborating and building by-laws for midwives in the hospital setting. I rode a crazy ride as the first midwife at our hospital, but I would do it all over again. My advice for anyone interested in the profession: When you get the calling, go. Be ready to be knocked over, be ready to jump through all the fiery hoops and be ready to get back up and do it all over again. Because you are a woman, and that is exactly what you were designed to do.

CN: Midwifery has been a life “calling.” It is my identity just like wife, mom to five children and grandmother to three granddaughters. Women remember their birth stories, and
those who help them navigate birth and motherhood become a part of their family history. I’ve been fortunate to be a part of women’s stories as a midwife. Midwifery is an ancient
profession and has been around longer than medicine and nursing. I’m very proud to be a part of this legacy and in educating others to be part of this amazing profession.

University of Cincinnati to join Big 12

UC President Neville G. Pinto shared news today that the University of Cincinnati has accepted an invitation to join the Big 12.

Assistant Professor Minjin Kim rallies against anti-Asian racism and discrimination by amplifying the voices of people of Asian descent.