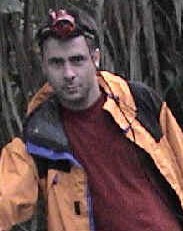 Size Does Matter In Sexual Selection, At Least Among Beetles

A new collaborative project among researchers from Uppsala University in Sweden and the University of Cincinnati has, for the first time, demonstrated experimentally the evolutionary force behind the rapid evolution of male genitals, focusing on a species of seed beetle.

This mechanism is revealed in a study published today in the scientific journal Current Biology. The experiments leading to this paper involved a species of seed beetle known as Callosobruchus maculatus. Mating among these beetles involves several males engaging in copulation with individual females.

When a female mates with several males, the males compete over the fertilization of her eggs, said

Michal Polak, associate professor of biological sciences at the University of Cincinnati

, one of the co-authors. Because females mate with multiple males, the function of the male copulatory organ may determine which of the males will fertilize most of her eggs. Our results show that the morphology of the male genitalia affects his fertilization success in these beetles.

The competition to produce offspring is the driving force of evolution. Competition among males occurring after insemination may be an important evolutionary force that has led to the evolution of a diversity of shapes and sizes of male sexual organs, the co-authors assert. This competition among males has generated a great biological diversity that they believe can directly contribute to the formation of new species.

The reproductive organs of animals with internal fertilization change more rapidly than all other morphological features during evolution, Polak said. In virtually all groups of animals, from roundworms and molluscs to reptiles and mammals, the male sex organs differ markedly among even closely related species, with female genital traits remaining relatively unchanged.

It is possible, however, that breeding for long spines introduced a secondary trait that affects fertility, Polak said. Unintended consequences, he said, are well known to animal breeders.

To prove that it was the spines and not some other trait, some beetles had their genital spines surgically modified using micro-scale laser surgery. Polaks laboratory has gained an international reputation for using a precision laser system to make microscopic changes to insect bodies.

Insects modified through both methods were then observed throughout the competitive mating process. The international team found that the longer genital spines directly contributed to successful fertilization. Seminal fluid from the males was also tracked through high-resolution radioisotope labels, and shown to enter the female body more quickly after mating with long-spined males than short-spined males.

There is more work to be done, Polak said, to understand the mechanism at work here. It is possible that these longer spines help introduce bio-active molecules from seminal fluid into the female circulatory system. These added proteins and peptides, which have yet to be characterized, may create effects within the female that contribute to male reproductive success. It is also possible that genital spines exert mechanical effects within the female by stimulating her reproductive tract during copulation, thereby inducing the female to uptake and use more of her current mates sperm.