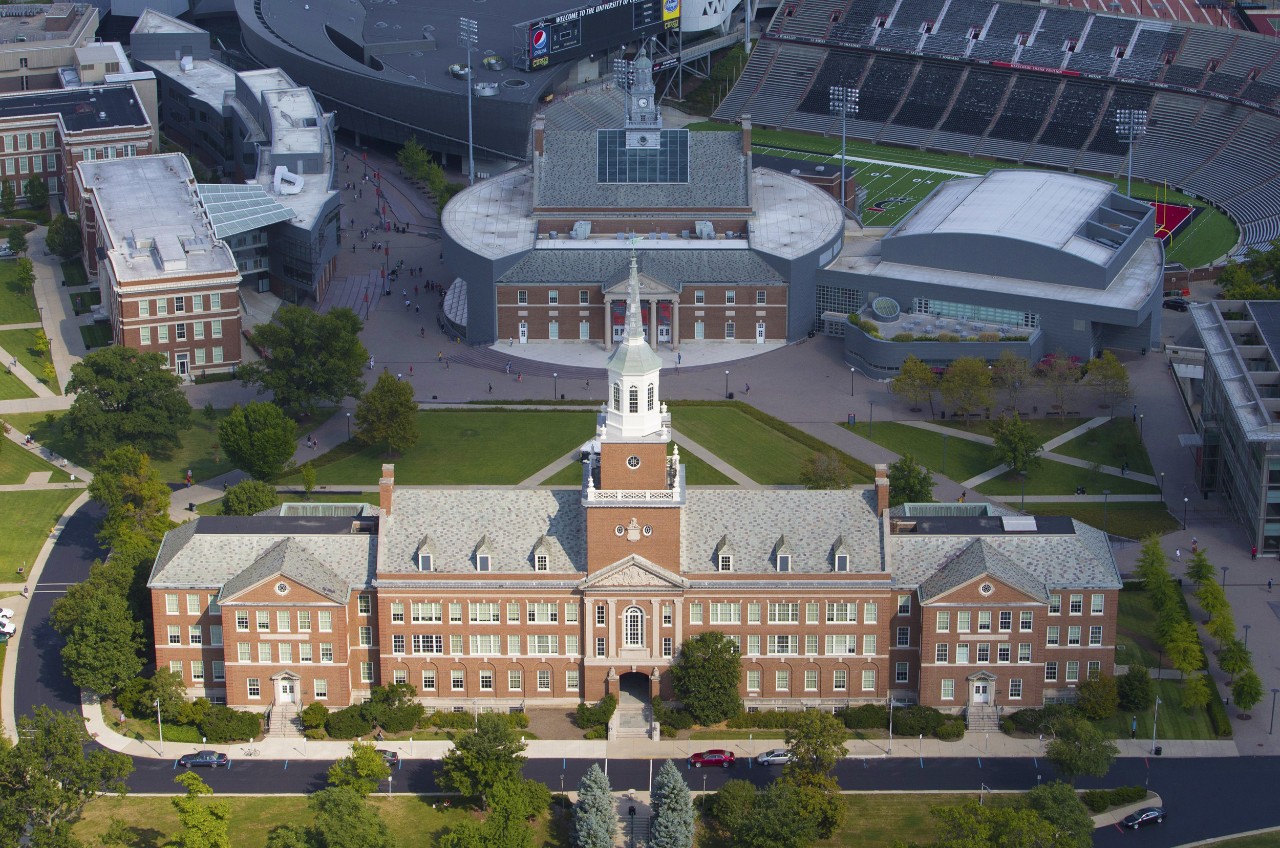 Founded in 1819, the University of Cincinnati is leading urban, public universities into a new era of innovation and impact through its strategic direction, Next Lives Here, underscoring the power of creativity, ingenuity, invention and inclusion.

The university traces its origins to 1819, and recently celebrated its bicentennial. In 1819,  both Cincinnati College and the Medical College of Ohio were chartered. In 1870, the City of Cincinnati established the University of Cincinnati, which later absorbed the two predecessor institutions.

For many years, UC was the second-oldest and second-largest municipal university in the country. In 1968, UC became a “municipally sponsored, state affiliated” institution, entering a transitional period culminating on July 1, 1977, when the university joined the university system of Ohio.

The National Science Foundation places UC at No. 33 among America’s public research universities, and UC is one of only 130 institutions classified as housing the very highest activity by the Carnegie Classification of Institutions of Higher Education. U.S. News & World Report ranks UC in the Top Tier of America’s Best Colleges, including the latest 2023 rankings which placed the university at No. 68 "most innovative among national universities." In addition, Reuters named UC among the world’s top 100 most-innovative universities, one of only 46 U.S. universities to make that prestigious list.

Our drive to invent in and beyond the classroom has been the source of many breakthrough contributions, including the oral polio vaccine and the first antihistamine. In fiscal year 2021, the university and its affiliates – renowned for premier patient care, health-related research and training of health care professionals – had over $551 million in research expenditures.

Powered by a total annual FY23 budget of $1.656 billion and an endowment of $1.8 billion (among the top 25 public universities in the U.S., and 79th largest in U.S. and Canada), UC has a regional economic impact of $4.2 billion – and statewide, UC increases the economic base by $13.4 billion.

UC serves a diverse community of 47,914 students across 14 colleges. UC is increasingly diverse, with racial and ethnic minorities making up 25.5% of this year’s student body, a slight increase over last year’s 24.1%.

As the global founder of cooperative education, UC remains a world-class leader in experience-based learning. U.S. News & World Report ranks UC’s co-op program in the Top 4 in the country (No. 1 among public institutions), and our students earn a collective $75 million annually via their co-op work placements, alternating academic semesters with professional, paid work directly tied to their majors. In the past academic year, the average earnings in the university's mandatory, full-time co-op programs comes to $10,500 per student each semester.

According to a recent Association of Public and Land-grant Universities (APLU) study on college affordability, the average student loan indebtedness is 12.2% lower for UC students than at peer institutions due to the universities top-ranked co-op program. The co-ops are also viewed positively by students — 93% of co-op participants report that their experience was good or excellent. These positive ratings are reflected in alumni surveys as well. Employers value the program, as it provides them with opportunities to test out students as employees. Building these relationships early on helps students navigate into full-time jobs upon graduation and strengthens retention and graduation outcomes.

Finally, our campus setting continues to garner worldwide acclaim, with The New York Times highlighting UC’s dramatic campus renovation of the past quarter century “the most ambitious campus design program in the country.” In addition, Forbes, Delta Sky and Travel + Leisure magazines have all highlighted UC as one of the world’s most beautiful campuses. It’s also a sustainable one where all new construction and major renovations are completed to LEED Silver standards or higher whenever possible.

The university has nearly 200 years of history as a research pioneer, with a culture strongly emphasizing collaboration in order to achieve innovative results that can be applied to solving complex problems and furthering scientific advancement. The university fosters early stage research and launches start-up companies via  an expanding  innovation incubator, the 1819 Innovation Hub, providing a key location amidst Cincinnati’s rising Innovation Corridor. The UC innovation hub is the nexus for business and industry to partner with university faculty and students. Partnering with UC’s 1819 Innovation Hub are a wide range of visionaries: From seed-stage investors like CincyTech (one of the most active in the nation) to established corporations like Procter & Gamble to consultancies like the Live Well Collaborative that partners with international firms to improve products and services for those aged 50 and over.

UC is located in “Uptown,” which is the second largest employment center in the Cincinnati region behind the central business district. Adjacent to downtown, Uptown is a diverse and vibrant urban area made up of an eclectic array of small businesses plus five major medical and research institutions, including UC and the nationally-acclaimed Cincinnati Zoo & Botanical Gardens.

The University of Cincinnati and its affiliates are home to over 6,000 full- and part-time faculty internationally recognized for innovative teaching and research, especially in the practical applications of their discoveries. Among our celebrated faculty have been pioneers like Cleveland Abbe, whose work at UC led to the National Weather Service; Albert Sabin, developer of the oral polio vaccine; astronaut Neil Armstrong; and Eula Bingham, environmental scientist and one-time head of OSHA.

UC is home to a number of Ohio Centers of Excellence where faculty research as well as their scholarly and creative endeavors serves to advance innovation and entrepreneurial activity as well as draw gifted students seeking to augment and apply their skills. The university is home to Ohio Centers of Excellence dedicated to advanced energy and sustaining the urban environment; transforming healthcare in the 21st century; intelligent air and space vehicle energy systems; nanoscale sensor technology; design and innovation; and music and theater arts.

Students coming to UC find a campus setting that is exceptional for its internationally noted green spaces and architecture, giving rise to premier academic and research facilities to promote effective teaching and innovative research. The campus setting, teaching and research resources, as well as community and industry partnerships, showcase the university’s commitment to the quality of student life, learning and growth.

Today, the university consists of multiple research and campus locations in the Greater Cincinnati region with an impact and reach that extends from the local to the global. This includes strategic partnerships in subject areas like engineering, economics, humanities and business administration with the University of Bordeaux, France; Chongqing University, China; Future University, Egypt, and more.

Throughout their academic careers, UC students earn many external honors and awards, including Fulbright and Goldwater scholarships as well as grants and research project support from internal and external entities as varied as the National Science Foundation, National Endowment for the Humanities, the U.S. Air Force and others. At UC, both undergraduates and graduate students receive both funding and mentoring support to pursue research through specialized programs like ROSE (Research, Observation, Service and Education Experiences) and SURF (Summer Undergraduate Research Fellowship). Such opportunities allow students to directly contribute to innovation, build a meaningful portfolio, engage with faculty and other thought leaders outside the classroom, and hone their inquiry and investigative skills according to the scientific method.

The number of living alumni of the university is tallied at more than 315,000 with approximately half (155,000) residing in the greater Cincinnati region.

The University of Cincinnati serves the people of Ohio, the nation, and the world as a premier, public, urban research university dedicated to undergraduate, graduate, and professional education, experience-based learning, and research. We are committed to excellence and diversity in our students, faculty, staff, and all of our activities. We provide an inclusive environment where innovation and freedom of intellectual inquiry flourish. Through scholarship, service, partnerships, and leadership, we create opportunity, develop educated and engaged citizens, enhance the economy and enrich our University, city, state and global community.

In 2022-23, the University of Cincinnati is home to students from all 50 states plus the District of Columbia (Washington, D.C.) and from 121 countries outside the U.S.

September 2022 (includes affiliates but does not include volunteers)