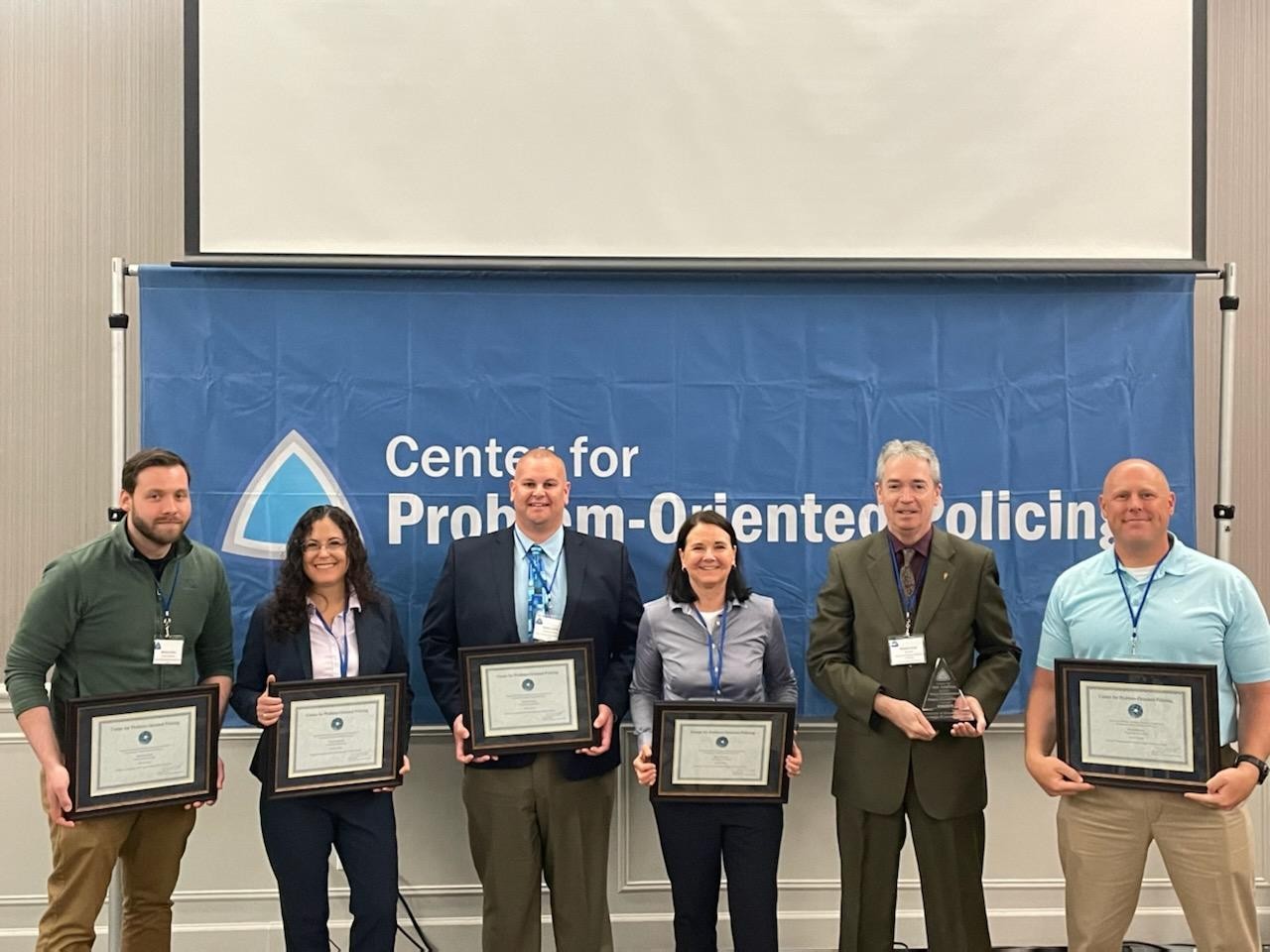 The Herman Goldstein Award was created in 1993 by the Arizona State University Center for Problem-Oriented Policing to recognize police officers and police agencies, both in the United States and around the world, who take an innovative approach to solving public safety problems in their communities and achieve measurable success in their efforts to reduce the problem.

A panel of judges chose the UCPD among five finalists, two of which were from the U.S. and three of which were international. The finalists presented their projects at the recent Problem-Oriented Policing Conference, where the UCPD was selected as the winner of this year’s award.

“I am so proud of the UCPD and the many officers and staff members who creatively worked to increase the safety of UC students. As the new Director of Public Safety and Chief and Police, I am so excited to be a part of such an innovative department, and I am looking forward to what the UCPD will achieve in the future,” said Director of Public Safety and Chief of Police Eliot Isaac.

Lt. David Brinker, one of the members of the UCPD who spearheaded the project, said, “Aside from the overall good feeling of winning the Herman Goldstein Award, it offers a great boost to the credibility of the work performed by our department. It demonstrates the effort, collaboration, and excellence of work performed by many to make a positive impact on our community members.”

Burglary has historically been a problem that disproportionately impacts members of the UC community. Burglary is also often preventable; residents can take easy steps that greatly reduces their home’s risk of being burgled. The efforts of the UCPD during this project have greatly reduced the number of burglaries in the area surrounding campus, which directly impacts both the safety of students and of permanent residents in the area.

The UCPD focused their efforts in an area south of campus where burglaries have been a chronic issue directly impacting local residents and students. Most residences in this area are rental properties with frequent resident turnover. In this area, 66 percent of burglaries did not involve forced entry, meaning suspects entered through an unlocked door or window.

“Crime data was the backbone of this project. Our strategies were creative, and they were based on what the data told us about when and where these problems were occurring. In addition, we did interviews with inmates who burgled in the area, which were valuable to understanding why offenders chose this area and what they looked for when choosing a house to burgle,” said Assistant Chief Dudley Smith.

In addition, Lt. Brinker and UCPD's Crime Analyst and Technical Lead, Michael Zidar, visited four correctional institutions in southwest Ohio, where they interviewed seven offenders who were arrested for committing one or more burglaries in the residential areas surrounding the Uptown campus. These interviews provided valuable insights to what attracts offenders to the area.

One of the common misconceptions people may have is that having a dog is a deterrent for offenders, however, Zidar and Brinker learned that this was not true. They also learned from the inmates that simply locking doors and windows really does reduce the resident’s risk of having their home burgled.

Also prior to creating and implementing reduction strategies, the UCPD conducted site observations and Crime Prevention Through Environmental Design (CPTED) assessments. Through these assessments, issues such as poor lighting, ineffective fencing and overgrown trees and bushes were identified as areas of improvement to help reduce a property’s risk of being burgled.

The UCPD implemented five strategies in the treatment area to combat this.  First, the “Knock and Talk Awareness Campaign.” The division created a flier designed to attract attention and make residents in the area aware of the seriousness of the problem. Officers and student volunteers then walked the streets in the treatment area, knocked on doors and spoke with residents about the problem and about easy ways to reduce their risk. These campaigns were held strategically throughout the year just before times when burglaries in the area have historically increased.

“The UCPD is grateful for all the assistance that Dr. Susan Bourke, the students in the University of Cincinnati School of Criminal Justice, the Criminal Justice Honor’s Society and the Student Safety Board provided in our ‘Knock and Talk’ campaigns. These events would not have been so successful without their help,” said Assistant Chief Smith.

The second strategy was to assign officers to patrol locations in the treatment area at specific times, based on past crime trend data. In addition to showing a visible presence in the areas, officers were also able to identify environmental factors that could contribute to vulnerability. They notified residents and encouraged them to work with property owners to rectify some of the issues. Tree canopy trimming, among the environmental problems, was addressed as another strategy in partnership with the City of Cincinnati and Duke Energy.

The UCPD also engaged in a social media messaging that included posts regarding burglary reduction and a safety campaign called “Mind What Matters,” which attempted to reduce common crimes such as theft and burglary that directly impact students.  Similarly, the fifth strategy was to share crime awareness information with parents and guardians of current students, so that they could be another voice in making sure students are aware.

These efforts led to a reduction in the Uptown campus area from an average of 197 burglaries a year in the fall and spring semesters of the 2017-18, 2018-19 and 2019-20 academic years to 72 burglaries this academic year.

“Burglary has never been this low. Our representation of burglary for the city has declined dramatically, and far fewer students have been victimized in the most recent academic year than have been previously,” said Zidar.

Get ready in case it snows

Learn how the university communicates when inclement weather threatens and what you can do to prepare.

UCPD Officer Darryn Chenault has been unable to work due to chronic kidney disease. Now Officer Chenault’s donor champions are helping search for a living kidney donor to help him continue living a long, active life.

Plan ahead for UC Homecoming activities

University of Cincinnati Homecoming activities on Saturday, Oct. 8, will feature the annual Homecoming parade around campus starting at 10:30 a.m. and the football game versus the University of South Florida at 2:30 p.m. in UC’s historic Nippert Stadium.