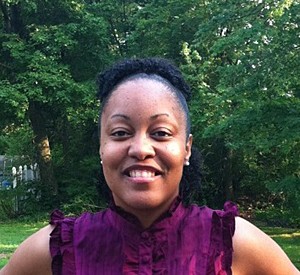 A new study out of the University of Cincinnati not only finds that parents feel responsible about taking action when their children struggle with social issues, but also that parents are influenced by their own childhood memories. Jennifer Davis Bowman, a recent graduate of the special education doctoral program at the University of Cincinnati, will present her research on Aug. 12, at the 108th annual meeting of the American Sociological Association in New York, N.Y.

Bowmans study examined parents use of whats called bibliotherapy  using books as interventions for children who experience social struggles that may arise from disabilities such as autism or Down Syndrome.

Bibliotherapy involves books with characters that are facing challenges similar to their reading audience, or books that have stories that can generate ideas for problem-solving activities and discussions. Bowman says previous research found that bibliotherapy can improve communication, attitude and reduce aggression for children with social disabilities.

The adult participants in the study were four caregivers who had concerns about their childs social behavior. One of the participants was raising a grandchild. The other three were biological parents.

The children involved in the study were three boys and one girl, ranging in age from 4 to 12.The majority of them had behavioral challenges associated with a diagnosed disability or disorder, including Down Syndrome, Attention Deficit Disorder, speech impairment or developmental issues.

The parents found that the same supports that were useful for leisure or academic reading were beneficial for bibliotherapy, Bowman writes. The parents felt that the strategies that improved reading comprehension, vocabulary and higher-order thinking skills would also strengthen their childs response to the intervention.

The parents also reported that their own feelings about reading literature were established when they were children, and continued into adulthood, says Bowman.

Parents who loved reading when they were children worked on incorporating reading into their childrens daily routine. On the other hand, parents who were nonchalant about reading as a child were concerned that their own child would feel the same, and those parents reported that they went to great lengths to prevent that from happening.

Parents reported occasions in which the children disagreed with the book selection, yet the parent was selecting the book as an intervention to address a particular behavior.  Other challenges involved the childs attention span during the book reading.  Yet, despite previous research that parents were reluctant in getting involved in social interventions, Bowman says her research revealed that perceived challenges around bibliotherapy (such as modifying the intervention) actually strengthened the parents dedication and persistence.

The interviews also found that parents could still vividly remember their own childhood struggles socially, and that these memories influenced their views on intervention strategies. Workshops, trainings or classes that provide an opportunity for parents to explore their perception toward intervention would assist in strengthening parent efforts in implementing interventions, says Bowman.

Three of the adult study participants were female and one was male. Three of the four adults were African-American and two African-American participants were married. One adult was Caucasian and married. Most of the parents reported working in so-called helping professions. The majority of the children had siblings and lived in a two-parent household.

Bowman suggests additional research expand to interviewing couples  rather than one parent  about intervention strategies as well as the children involved in such studies. She also suggests that future research explore interventions among a more racially diverse range of parents working in a range of careers  parents who may not be as familiar with bibliotherapy, as some parents were in this study.

Bowman says her research ultimately revealed that parents felt it was their responsibility to intervene when their child had social issues. In order to maintain a healthy sense of responsibility, it is essential that parents access the social supports available for their children Bowman states in the study. Pursuing an open dialog with professionals such as school counselors, school social workers and representatives from parenting organizations would be beneficial in facilitating parent use of support services.