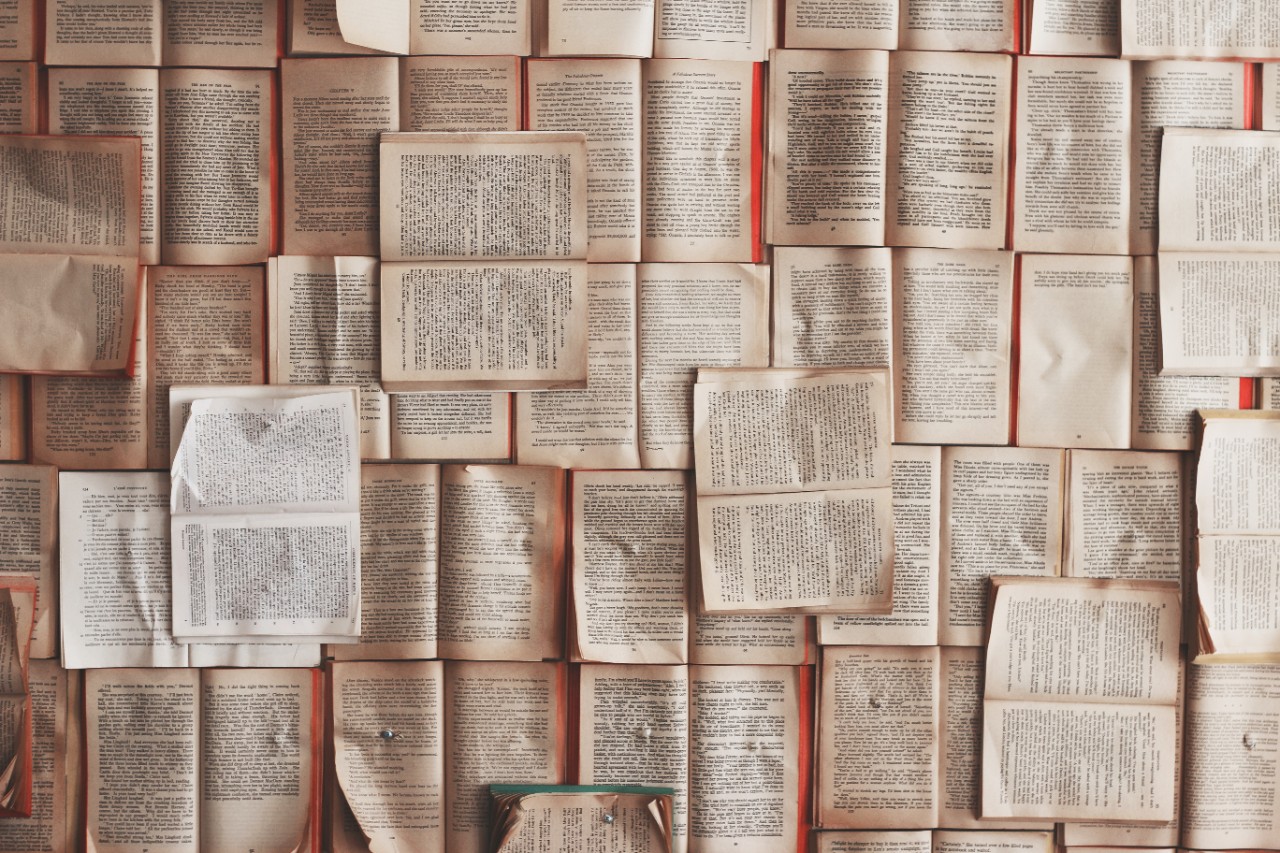 Time magazine named UC grad’s book, The Elements of Style, one of the 100 best and most influential

William Strunk, Jr. graduated from the University of Cincinnati in 1890 with a bachelor of arts.

The most widely published book by a University of Cincinnati graduate may well be tucked away on your bookshelf. It is The Elements of Style, first published by William Strunk, Jr. (A&S 1890) in 1918 and later updated and expanded by his most famous student, E. B. White. Often simply referred to as Strunk & White, the slim volume has helped generations of students, writers and editors bring clarity to their writing. More than 10 million copies of the continually updated book, now 95 pages in length, have been sold.

More than 100 years after its initial publication, The Elements of Style remains a classic for many professors, while others prefer more current resources. Andy Jones, Director of University of Cincinnati Bookstores, said that in a typical semester the book is required or recommended in three or four UC courses.

Strunk enjoyed a classical education at UC, earned a doctorate at Cornell University and was elected to Phi Beta Kappa. He wrote his self-described “little book” of rules and principles, originally only 43 pages in length, to help his Cornell students rise above mismatched tenses, misplaced commas and mind-numbing wordiness. According to Susan Beach, Strunk's great-niece, he also hoped the book would "speed up his grading by allowing him to mark the number of the rule that had been violated on a student’s essay rather than writing out an explanation."

I'll tell you right now that every aspiring writer should read The Elements of Style.

For example, he illustrated the violation of Rule No. 7 — participle phrases must refer to the subject — with this example: “Being in a dilapidated condition, I was able to buy the house very cheap.”

In 1935 Strunk collaborated with Edward A. Tenney to revise and update the book for publication as The Elements and Practice of Composition. Several years after Strunk’s death in 1946, the Macmillan Publishing Company asked White, the author of Charlotte’s Web, to revise the book for the mass market. In 1957 Macmillan published the expanded book, which included White’s introduction and a new chapter about the process of writing. White further revised the book in 1972 and 1979; subsequent editions include a modernized approach to pronouns.

Strunk understood that clear, concise, grammatical sentences were the bricks and mortar of good writing. He championed brevity and concrete language, and he warned against nouns that fail to align with verbs, passive voice and redundant expressions. In general, Strunk advised, place the strongest words of your sentence at the end. White added warnings of his own. Qualifiers like “rather, very, little, pretty … are the leeches that infest the pond of prose, sucking the blood of words.” And he added the truism known to all writers: “Revising is part of writing.”

In 2011 Time magazine named The Elements of Style one of the 100 best and most influential books written in English since 1923. Stephen King praised it in his book, On Writing. "I'll tell you right now that every aspiring writer should read The Elements of Style. Rule 17 in the chapter titled Principles of Composition is 'Omit needless words.' I will try to do that here."

William Strunk was born in Cincinnati on July 1, 1869. He was the oldest of four children in a scholarly household. He attended Walnut Hills High School before earning his Bachelor of Arts at UC. At his commencement, according to UC Historian Kevin Grace, he was one of eleven undergraduates and two master’s students to receive a degree. UC clearly left an impression on Strunk’s family. His father, William Sr., served on the UC Board of Directors (as the Board of Trustees was known before 1977) from 1890 to 1898.

More than 10 million copies of Strunk’s continually updated book, The Elements of Style, have been sold since it was first published in 1918.

Strunk married Olivia Emilie Locke in 1900, and together they had three children. He wrote a second book, English Metres, which was published in 1922, and he compiled critical editions of works by famous authors, including William Shakespeare. In 1936 he served as the literary consultant for a Metro-Goldwyn-Mayer movie, Romeo and Juliet. He taught at Cornell for 46 years.

White shares fond memories of Professor Strunk in the book’s introduction. “He was a memorable man, friendly and funny,” he writes. Students, White included, felt “the sting of his kindly lash.”

Strunk’s writing was authoritative. His rules of grammar, White observed, were “phrased as direct orders.” White preserves Strunk’s pronouncements in his revisions while amplifying some points, clarifying others and deleting “bewhiskered entries.” The clarion call for adherence to “the principal requirements of plain English style” remains. Stylistic errors beget confusion; fix them so that people can understand what you’re saying. But White also knew that Strunk “was quick to acknowledge the fallacy of inflexibility and the danger of doctrine.” In capable hands, both agreed, rules can be set aside for the sake of art.

One of Strunk & White’s current adherents is Francis Cullen, Distinguished Research Professor Emeritus in UC’s School of Criminal Justice. He has been using The Elements of Style for nearly 30 years. “I use it in a doctoral-level seminar called Criminal Justice Research Practicum,” he said. “Half of this course focuses on how to write a research paper. I assign Elements of Style for that purpose.”

Erynn Casanova, Professor of Sociology, views Strunk & White as a valuable reference book. “You don't have to know which commonly confused homophone is which, for example. You just have to know how to find that information in Strunk & White. It is also helpful for students to see examples of unclear and clear writing side by side, because revising your writing requires both identifying the problems and figuring out how to fix them.”

Lora Arduser, Associate Professor and Director of Professional Writing in the Department of English, uses an illustrated version of The Elements of Style in her Editing Professional Documents class. Her advice to students: “There are definite rules that have to be followed, such as subject/verb agreement,” but writing is largely about choice. In many situations a rule isn’t really a rule; it’s a preference, such as the use of the Oxford (serial) comma. As a writer, you need to choose the most effective option to communicate with your specific audience.”

Jeffrey Timberlake, Professor and Director of Graduate Studies in the Department of Sociology, was assigned The Elements of Style in the mid-1990s, when he started graduate school. “I looked at the publication date (1959) and the length (95 pages) and immediately thought, ‘what the heck?’” he said. “How wrong I was. Packed into this tiny volume are critical rules and tips, both general and specific. When I got the opportunity to teach a writing course to graduate students, it was the first book I ordered. I assume my students will look askance at it as I did, but will quickly realize what a valuable resource it continues to be.”

Rebecca Lindenberg, Assistant Professor and Director of Creative Writing in the Department of English & Comparative Literature, recalls being required to read The Elements of Style in her high school AP English class. “It made a very strong impression on me. It’s an opinionated little book, full of the authors’ pet peeves, but I took a few things away from it that have stayed with me throughout my career as a writer. Perhaps the most important is simply: omit unnecessary words. That focus on clarity and concision was so instructive to me at an early age, I believe it saved me a lot of trouble as a student and then as a young author. And I believe that particular advice remains as relevant as ever, which is impressive for a book that’s almost a century old. (Though I am glad that more recent editions of the book have addressed some more antiquated advice on, for example, the proper use of pronouns.)”

Packed into this tiny volume are critical rules and tips, both general and specific.

Despite routine updates that reflect cultural change — including the de-masculinization of pronouns — Strunk & White has not aged well with everyone.

Russel Durst, UC Professor of English, said that many scholars in the field of composition view the book as anachronistic. “It’s very much focused on putting words together to form good sentences,” he said. “And while nobody could argue against that as an important part of instruction, it’s not as big a focus in teaching composition today. People now tend to focus more on the overall discourse, putting together a thesis and supporting arguments. I would say sentence study today is a fairly neglected area of composition.”

Durst said that professors are guiding students with “a more flexible set of writing strategies that focus on writing multiple drafts and revising for content and not focusing on sentences until the final draft, until ideas are well worked out. Most compositionists today would recommend doing some pre-writing to figure out what you want to say, then start organizing your paper.”

Laura Micciche, Professor of English and Director of the Graduate Program in Rhetoric & Composition, said she has never assigned the book in any of her courses. “The book is a sort of etiquette guide that emphasizes standard English and its associations with social mobility, middle-class identity and whiteness,” she said. “Language, though, is rooted in culture and usage; home and school; identity and place affiliations. Through its prescriptive approach to English, The Elements of Style doesn’t acknowledge that rules can’t keep up with the fluidity of usage. Despite these gaps, The Elements of Style does provide writers with a baseline from which we can revise hard-and-fast rules and question the relationship between language and culture.”

Durst does admit affection for the book. “When I first encountered it as a graduate student, I found it helpful and reassuring,” he said. “It has a confident tone: This is the correct way to do it; this is the incorrect way. I found that reassuring as I was starting to write seriously.”

He also presents his students with his own list of pet peeves, including the timeless confusion of “it’s” (contraction for it is) with “its” (possessive, as in “The bird flapped its wings”).

The reassurance The Elements of Style gives to developing writers — and to everyday humans who are called upon to write a personal statement, a cover letter or even a letter of sympathy — is perhaps the ultimate reason for the book’s longevity. Cogent writing is an asset at all times, in all professions.

Cullen, the criminal justice professor, mused that although the origins of Elements of Style date back a century, the lessons it gives on grammar and writing remain strikingly contemporary. He noted several features that make it ideal for classroom use. “It is short, inexpensive ($10) and can be read in one sitting. It is an ideal resource to be kept on one's bookshelf. It is written in a prescriptive way, communicating clear do's and don’ts of writing. And as an added benefit, William Strunk, Jr. graduated from UC.”

The UC Alumni Association exists to serve the University of Cincinnati and its 327,000+ alumni across the United States and throughout the world. Learn more about UC’s notable alumni and how to stay connected with your alma mater.