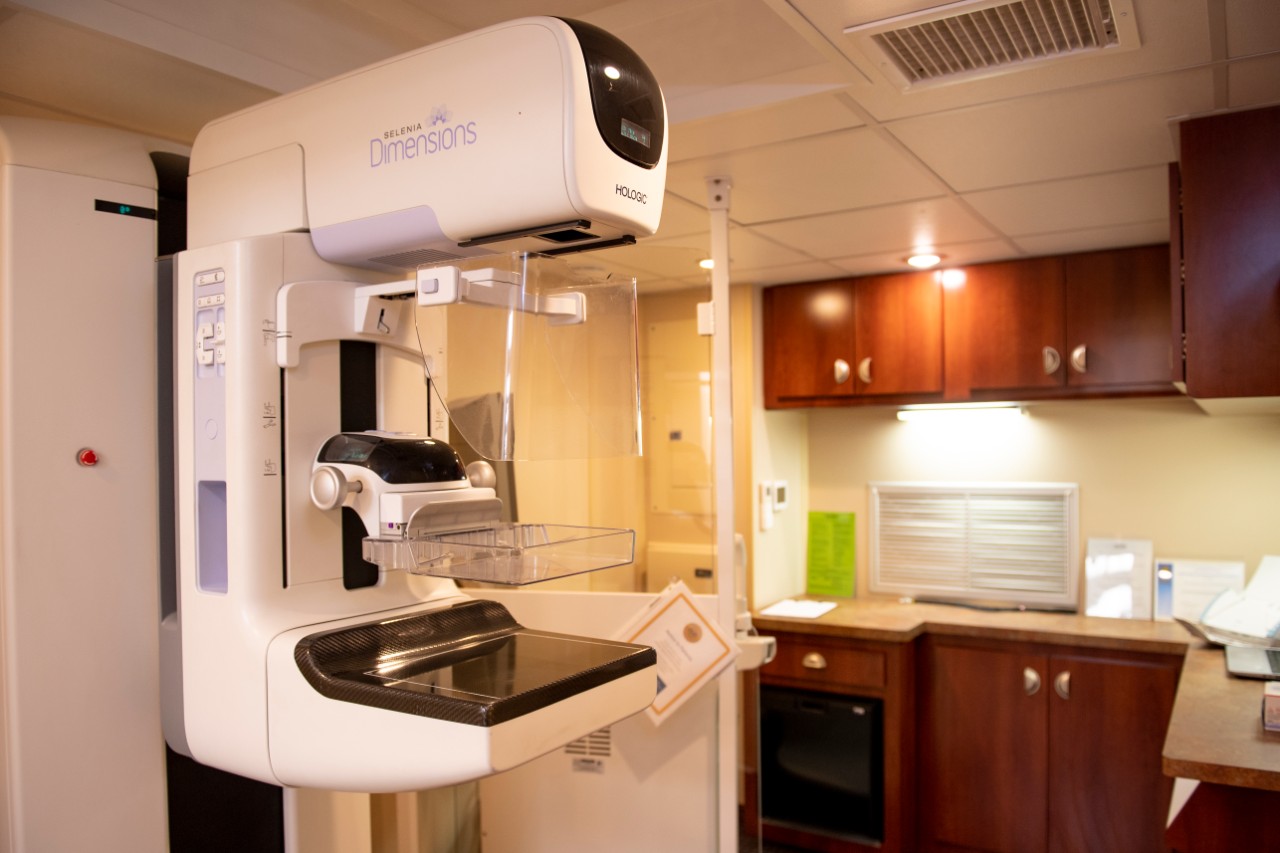 The color pink has become ubiquitous with the fight against breast cancer, raising awareness for the most deadly nonskin cancer for females in the United States.

Breast Cancer Awareness Month (BCAM) activities are important to encourage screenings and tell the stories of patients who have battled breast cancer, but Annie Brown, MD, said the abundance of pink might make people not realize that efforts often focus solely on female patients that are cisgender.

“That campaign and that gender-specific message is doing a bit of a disservice to our transgender patients,” Brown said. “Breast cancer also affects nonbinary patients, and there’s been criticism anyway about BCAM campaigns sexualizing breast cancer.”

Brown, assistant professor of radiology in the College of Medicine and a UC Health breast radiologist, said it is important to include transgender patients in discussions about breast cancer prevention and screening.

Brown said transgender-specific breast cancer statistics are “pretty lousy,” as there is significant work to do for most health data sets regarding trans patients.

“It’s largely because, for intake in health care settings, we do a bad job of identifying patients on the basis of gender identity,” she explained.

Like with most other cancers, transgender patients’ risk factors for breast cancer vary depending on family history, a patient’s biological sex at birth, other lifestyle factors and exposure to certain hormones.

Brown said with the limited data available, it appears transgender women undergoing hormone therapy are at an increased risk for breast cancer compared to cisgender men. Trans men are at a higher baseline risk than both trans women and cisgender men due to exposure to estrogen from birth prior to potential estrogen suppression treatment, she said.

“The general male population has a breast cancer risk of maybe 1% to 2%, but just being born female increases your risk to 12% for the general female population in the United States,” Brown said.

In general, Brown said the transgender population has historically had a difficult time accessing medical care due to discrimination, a lack of access to health insurance or even a lack of providers with the knowledge to care for their needs.

“As a result, this population tends to suffer from psychological issues, low economic status, some substance abuse, so there are other issues that actually do increase their risk of developing cancer, including breast cancer; that is a tougher thing to address,” Brown said.

Brown helped take existing best practices to put together transgender breast cancer screening recommendations for the American College of Radiology. Since the transgender population is diverse and varied, she said there are many nuances involved in what will be best for each individual.

For transgender women who are not undergoing hormone therapy, Brown said there is no indication of a need for breast cancer screenings through mammography. She said the general recommendation for trans women who have been undergoing estrogen therapy for five or more years and who are 40 and over is similar to cisgender women: an annual or biennial mammogram.

Recommendations for trans men vary depending on the types of gender-affirming surgeries they have had, Brown said. Trans men who have had top surgery still have a remnant of breast tissue and are at a higher risk than a patient who has had a full mastectomy, but mammograms may be uncomfortable or not helpful for these patients.

“If that’s the case then we focus on educating patients that there is still breast tissue present and that self exams and clinical exams are still important, especially focusing on those areas like the underarm and region behind the nipple,” Brown said.

For trans men who have not had top surgery or have only undergone a breast reduction, Brown said yearly or biennial mammograms are generally recommended for patients at least 40 and over. Patients with significant family history may also need additional screening with an MRI, Brown said.

Some patients avoid certain medical settings because they are afraid of being misgendered or because they think they’ll be uncomfortable. The more it gets normalized that we should be providing equal care and inclusive care to transgender patients then perhaps we can change things eventually.

Improving research and data collection that translates into recommendations for transgender patients is important, but improved screening suggestions won’t make much of an impact if trans patients are not going to get screened. Brown said it is crucial to make all clinical settings, but particularly those where mammograms are offered, welcoming and inclusive for all patients.

“Some patients avoid certain medical settings because they are afraid of being misgendered or because they think they’ll be uncomfortable,” Brown said. “And so I think it’s important to have a safe pathway for patients.”

Creating an inclusive environment can be as simple as toning down on the pink and feminine imagery used and being less gender-specific when talking about breast and chest cancer, Brown said, noting cisgender men with certain genetic factors have an increased risk as well.

Locating mammography services in more general health settings may also help transgender patients feel more comfortable compared to having to go to a dedicated women’s health center for screening, she said. A transgender patient’s primary care physician could escort the patient to a screening mammography after a regular checkup while they are still in-house or refer their patient to a mobile mammography unit to avoid the discomfort of a waiting room.

Brown said health care providers, from doctors to schedulers, should also work to improve their use of gender-neutral language, focusing on how they are addressing patients. Calling a patient “Ms.” or “Mr.” can be replaced by just using their first name after asking their preferred name and pronouns.

“The more it gets normalized that we should be providing equal care and inclusive care to transgender patients then perhaps we can change things eventually,” she said.