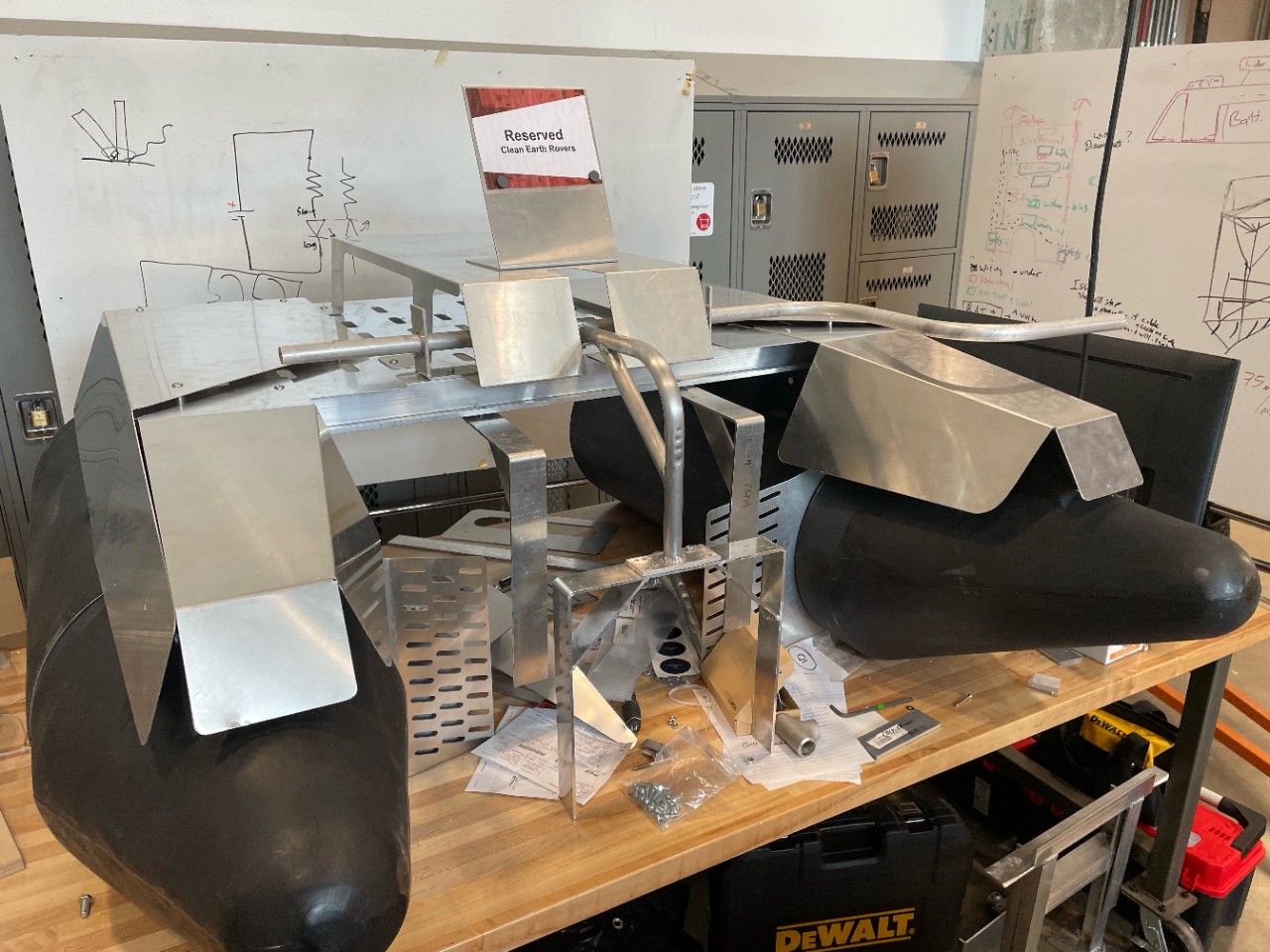 A University of Cincinnati Venture Lab-backed startup has begun its efforts to rid waterways of plastic pollution by launching its first autonomous rover at Point San Pablo Harbor near San Francisco.

The startup, Clean Earth Rovers, developed an electric vessel that skims waterways and collects up to 100 pounds of plastic debris per trip. The Plastics Piranha rover, which Clean Earth Rovers CEO Michael Arens likens to a Roomba for coastal waterways, can operate autonomously or with a joystick.

“Our goal is to have [the robots] run continuously along as many harbors and marinas as possible,” Arens told Axios.

More than 10 million tons of plastic rubbish enter the world's oceans every year, according to estimates from the United Nations Environment Programme and Pew Charitable Trusts.

The Great Pacific Garbage Patch, a zone in the Pacific Ocean between Hawaii and California that has a high concentration of plastic waste, is a result of the accumulation of that debris. It inspired Arens to develop a solution to the plastic pollution problem, which the startup has developed with help from the UC Ground Floor Makerspace at the 1819 Innovation Hub.

“I remember even at a very young age being passionate about pollution and climate change, but it wasn't until I was older that I learned about the ocean plastics issue,” Arens said to KPIX, a CBS station in San Francisco.

By collecting plastic debris while it's near the coast, Clean Earth Rovers aims to prevent the trash from accumulating in the ocean.

“By catching it while it’s still in the cycle of tides and coastal waters, we’re able to prevent that from getting out there and then just degrading into the water and microplastics,” Arens said to the San Francisco Chronicle. “It’s better to catch it before it goes out than after it’s gone.”

Inspired by her own experience of going through physical therapy, a University of Cincinnati alumna is developing an app to make therapy fun for children, Local 12 reported.

A University of Cincinnati Venture Lab-backed startup is developing a breast cancer treatment that may be more effective with fewer side effects thanks to RNA nanotechnology that is similar to what was used to produce COVID-19 vaccines.

Having found the guidance she received for physical therapy to be boring and confusing, a University of Cincinnati alumna is developing an app that will make the process more engaging and enjoyable for children.