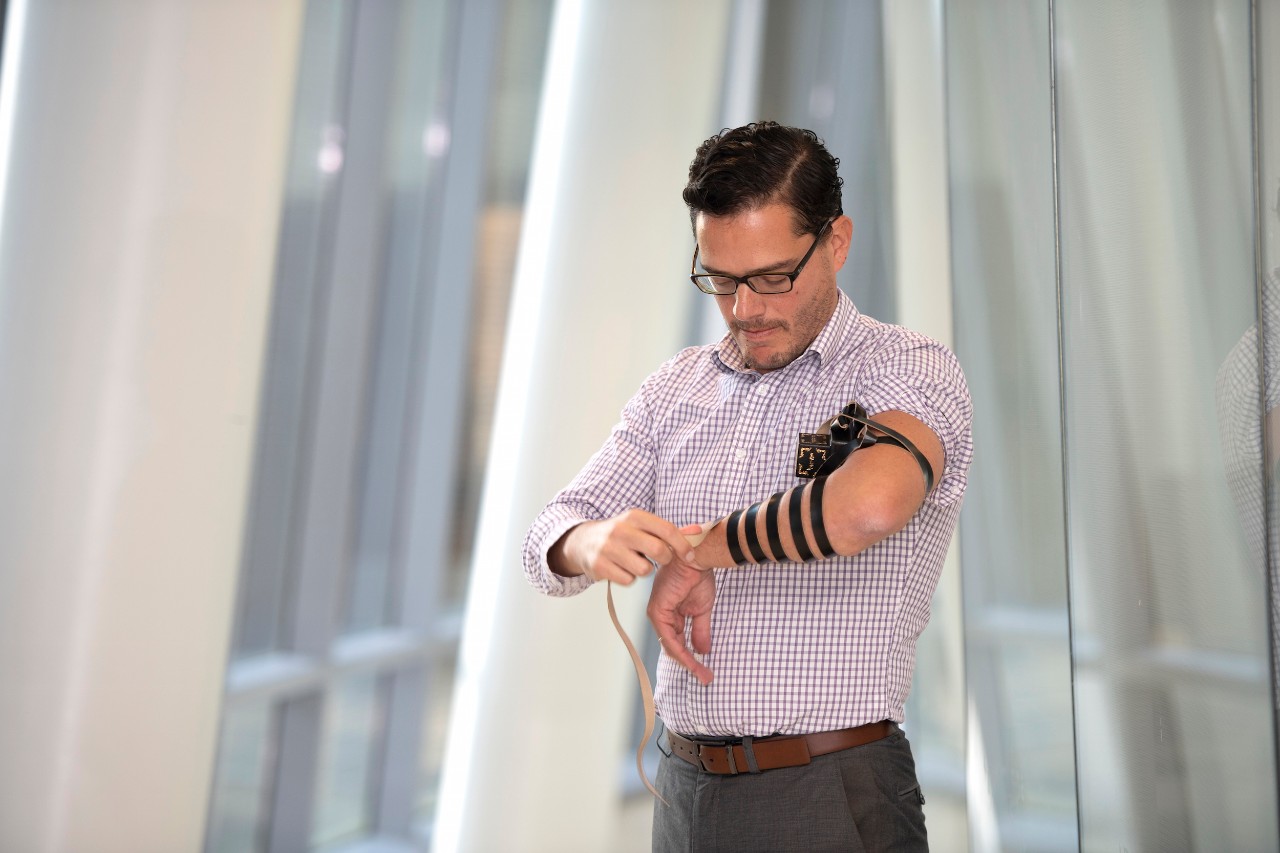 Research from the University of Cincinnati shows people who wear tefillin, leather bands used in a Jewish religious practice which involves the tight wrapping of an arm with the bands, may receive cardiovascular health benefits.

The study suggests those benefits are the result of ischemic or reduced blood flow preconditioning which produces protection from the damage caused by heart attacks.

The research was published in the journal PLOS ONE and expands on similar research by Rubinstein from 2018 that only enrolled men in the study. This study included both men and women.

“Tefillin is used for morning prayers for Jewish men over the age of 13 on an almost daily basis,” says Jack Rubinstein, MD, of the Division of Cardiovascular Health in the UC College of Medicine. “It is placed on the nondominant arm around the bicep and the forearm in a fairly tight manner. It is never worn in a fashion as to occlude the blood flow. This is traditionally worn for about 30 minutes continuously during prayers which involve sitting and standing resulting in occasional retightening of the strap around your arm.”

Jack Rubinstein, MD, of the Division of Cardiovascular Health at the UC College of Medicine/Photo/Colleen Kelley/UC Marketing + Brand

The use of tefillin dates back to scriptural commandments urging the faithful followers to comply with religious law and to “bind them as a sign upon your arm.” Rubinstein says the binding of the arm and the discomfort users often report may serve as a form of preconditioning and offer a substantial degree of protection against the damage that occurs when someone suffers a sudden loss of blood flow (acute ischemia) or after the blood supply is restored to a tissue or organ after an ischemic event (reperfusion). Such injuries occur during a heart attack when a section of the heart is deprived of oxygen and then damaged further when blood flow is reestablished.

Rubinstein says the researchers measured baseline information on all participants for 10 minutes in the morning, and then another round of data was obtained during and after 30 minutes of wearing the tefillin. The 30 participants, all healthy individuals between the ages of 18 to 40, had their heart rate measured before, during and after the wearing of tefillin.

Rubinstein says this study shows there is a measurable effect during and after wearing tefillin.

“It means that if we can have people wearing tefillin or a similar device, and they can get themselves to be preconditioned every day, we expect that those people should be protected or should have a decreased amount of damage if they should get a heart attack during the time they are protected,” he explains. “This is a low-intensity way of protecting people from heart attacks.”

While wearing tefillin is a traditional practice of Orthodox Jewish men, Rubinstein points out this research did not include any usage of anything containing sacred religious text. He also says that the frequency of heart attacks, which according to the Centers for Disease Control and Protection strike more than 800,000 people in the United States each year, makes this research potentially very impactful.

“You have a very common and very deadly disease. We are showing a path through which anyone can precondition themselves to decrease the amount of damage that they suffer from a heart attack by wearing a very simple device,” says Rubinstein. “This is a potential game changer for how we approach cardiovascular disease prevention. Decreasing the amount of heart attack damage by even just two-fold is something that will change outcomes for millions of people.”

The University of Cincinnati is joining a nationwide study to evaluate repurposed medications in the search for effective, safe treatments for mild-to-moderate COVID-19. Repurposed medications are those already approved by the U.S. Food and Drug Administration for other indications. ACTIV-6, “The Randomized Trial to Evaluate Efficacy of Repurposed Medications,” is a nationwide double-blind study expected to enroll nearly 15,000 participants from across the United States through its website.