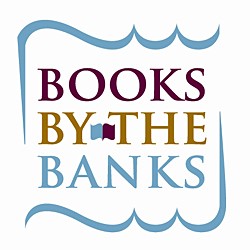 University of Cincinnati authors representing the McMicken College of Arts and Sciences, Clermont College and Raymond Walters College will be among the local and regional writing talent celebrated at the second-annual Books by the Banks: Cincinnati USA Book Festival, which takes place from 10 a.m.-4 p.m., Saturday, Nov. 1, at the Duke Energy Convention Center downtown. The festival, which promises activities for the entire family, is free and open to the public.

Books by the Banks is organized by Borders Books, CET, Cincinnati Magazine, The Mercantile Library, the Public Library of Cincinnati and Hamilton County and University of Cincinnati Libraries. Visitors can meet more than 90 authors, buy signed books, take in author readings and panel discussions or visit the Target Kids Corner that promises family fun for all ages.

James Braziel, adjunct assistant professor of English & Comparative Literature for the McMicken College of Arts and Sciences (A&S)
In the fiction category, Braziel will feature his debut novel, Birmingham, 35 Miles (Bantam). The novel portrays a dark, futuristic account of the life of a young migrant laborer in the south, which has become a desert due to an environmental disaster. Just north of Birmingham, a better life awaits him and his wife, if only they can get there.

James C. Wilson, professor of English & Comparative Literature, A&S
Wilsons memoir, Weather Reports from the Autism Front: A Fathers Memoir of His Autistic Son (McFarland & Company, Inc.), is described as follows by Amazon.com: Based on detailed research and a lifetime of personal experience, James Wilson recounts his personal journey as the primary companion of his now twenty-six-year-old autistic son, Sam. This realistic, irreverent account of an autistic young man and his misadventures while transitioning to adulthood provides enlightening truths as well as sardonic humor. Formally seen as a neurological disorder, autism is increasingly being looked upon as simply a form of neurodiversity. Rejecting mainstream attitudes, Wilson explores this modern view of autism through his own experience as well as quotes from autistic people and bloggers, some of whom are the most vocal proponents of this viewpoint. A detailed bibliography accompanies this engaging memoir of a father and son's experience negotiating the slippery slopes of normality.

Cynthia Crane, associate professor of English and Communication, Raymond Walters College
Cranes non-fiction book, Divided Lives: The Untold Stories of Jewish-Christian Women in Nazi Germany (Macmillan), reveals the stories of 10 women who were children of Jewish-Christian marriages in Nazi Germany, illuminating their physical and emotional trials, traumas and triumphs under the anti-Jewish laws of the Third Reich and post-World War II.

UC President Nancy L. Zimpher is one of the Cincinnati leaders who will be featured in a Reading Wall poster display at the Books by the Banks Festival downtown.

The Books by the Banks Web site has information on all of the authors scheduled to appear at the event, as well as directions and parking information. For more information, call 513-369-6947.

More on A&S Authors Featured at Books by the Banks