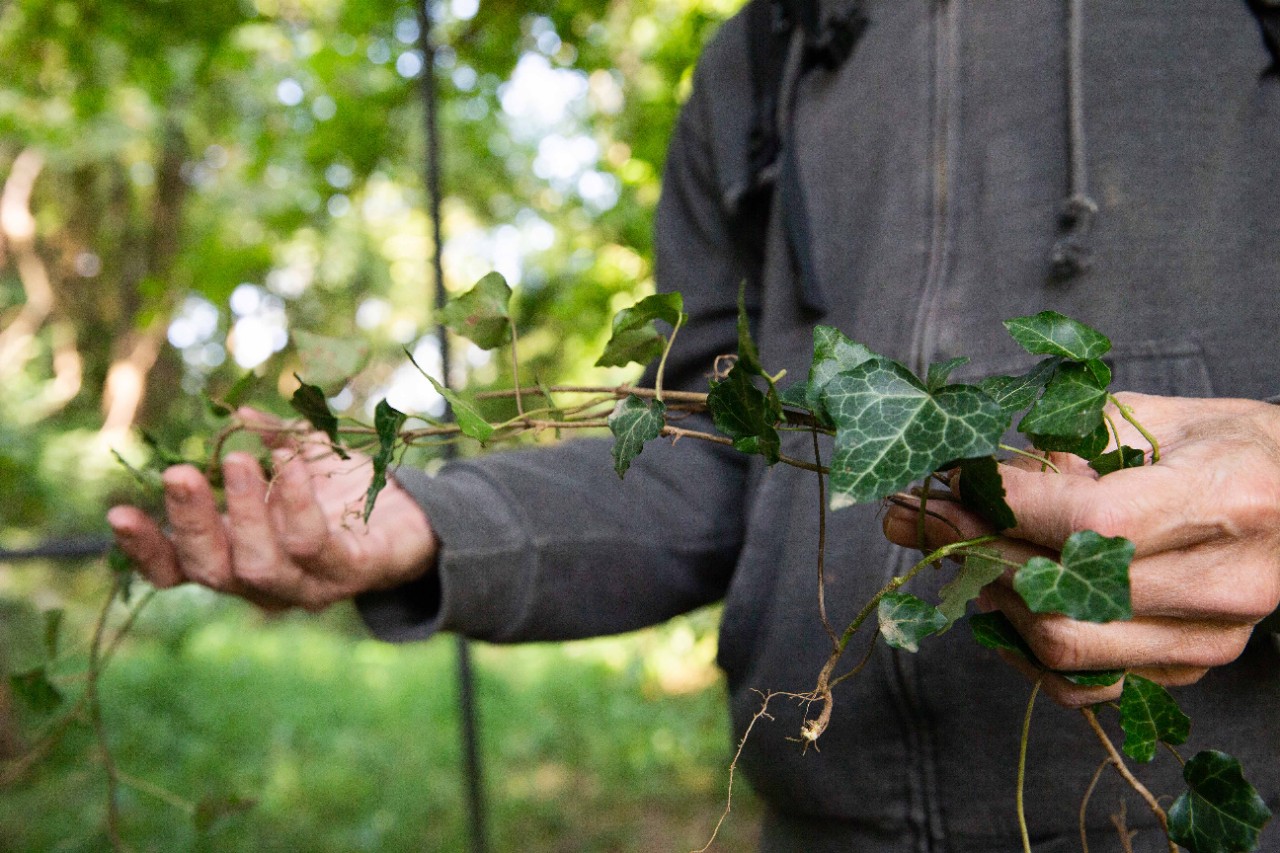 A new botanical survey of southwest Ohio found that invasive species introduced to the United States over the past century are crowding out many native plants.

Biologists from the University of Cincinnati are retracing two exhaustive surveys conducted 100 years apart to see how the Queen City’s plant diversity has changed over the past two centuries. They focused their attention on undeveloped parts of cemeteries, banks of the Mill Creek and public parks that have remained protected from development during the last 200 years.

The study, titled “The rise of nonnative plants in wooded natural areas in southwestern Ohio,” was published as an open-access article in the journal Ecological Restoration.

UC’s latest survey follows in the footsteps of Cincinnati botanist Thomas G. Lea, who conducted a plant survey in Cincinnati between 1834 and 1844. During that time, he built up an herbarium of specimens that went to the Academy of Natural Sciences in Philadelphia. Lea identified some 714 species before he died in 1844. His work was published posthumously in 1849 by his brother.

A century later, famed UC botanist E. Lucy Braun retraced Lea’s path, conducting a second plant survey in Cincinnati that found more than 1,400 species in her 1934 study published in The American Midland Naturalist. She leaned on Lea’s meticulous notes to return to the places he visited, many of which had been developed into homes, roads or apartment buildings over the decades.

UC biologist Denis Conover and his co-author Robert Bergstein retraced the steps of Braun and Lea in southwest Ohio in places where city development did not pave over natural areas. They found that many species purposely introduced as landscaping plants are flourishing in the wild.

“The spread of nonnative invasive species into wooded natural areas in southwestern Ohio threatens the continued survival of native flora and fauna. Efforts by park managers and volunteers to control invasive plant species has become a major part of their duties. This effort will be required in perpetuity and will be at great expense both monetarily and timewise due to collateral damage to native plants, wildlife and humans caused by the extensive use of herbicides, chainsaws and other mechanical equipment,” the study concluded.

Native plants just don’t have a chance. Everything that depends on the native plants — insects, birds — can be lost.

Horticulturists introduced most of the nonnative plants from Europe and Asia as ornamentals. Their seeds eventually spread in the wild.

The biggest culprit? Amur honeysuckle, a woody shrub that has taken over many eastern forests.

“It has escaped into the wild and is propagating on its own,” said Conover, a professor of biology in UC’s College of Arts and Sciences.

Not to be confused with native trumpet honeysuckle, which grows in southern states and is referenced in the works of American writers William Faulkner and Robert Frost, Amur honeysuckle is a shrub from Asia that has delicate white flowers in the spring and red berries in the fall.

“Amur honeysuckle is now the most abundant woody plant in Hamilton County,” he said. “One bush can produce thousands of seeds that get dispersed by birds and mammals.”

A survey by Braun in 1961 found Amur honeysuckle starting to grow in some parts of Hamilton County but not yet spreading in the wild in other Ohio counties. Today, it is a dominant woody plant found ubiquitously throughout the state, crowding out virtually all other low-lying vegetation, the study found.

“In some woodlands, the Amur honeysuckle layer is so dense that the only native species remaining are older trees whose canopy is already growing above the shrub layer,” the study said.

“It leafs out before native woody plants and holds its leaves longer into the fall,” Conover said.

Some invasive plants are successful because they produce chemicals that hinder the growth or germination of nearby competitors, an insidious weapon called allelopathy, he said.

Conover said where these introduced plants are found, there is often far less biodiversity to support wildlife and the food chain. Once they take hold, eradicating plants like Amur honeysuckle is labor-intensive, expensive and time consuming.

“Native plants just don’t have a chance. Everything that depends on the native plants — insects, birds — can be lost,” Conover said. “When they introduce nonnative plants to the United States, they can also import fungal diseases that can wipe out native trees, which is what happened with the American chestnut.”

Callery pear trees with their pretty spring flowers and quick growing times were a favorite tree to plant in front yards of new subdivisions. Today, they grow wild along highways and forests.

Ohio lawmakers plan to phase in a ban on the sale of Callery pear trees in 2023.

The UC survey found dozens of other examples of foreign species that have taken root in southwest Ohio’s woods:

Conover is still working on a larger plant survey comparing the vegetation today to that found in Cincinnati 100 and 200 years ago. So far, he has identified several hundred species, all of which are being added to UC’s Margaret H. Fulford Herbarium. Founded in 1927, the Fulford Herbarium is the third largest of Ohio's 17 herbaria.

Arnold Schwartz, PhD, has been elected a fellow of the AAAS