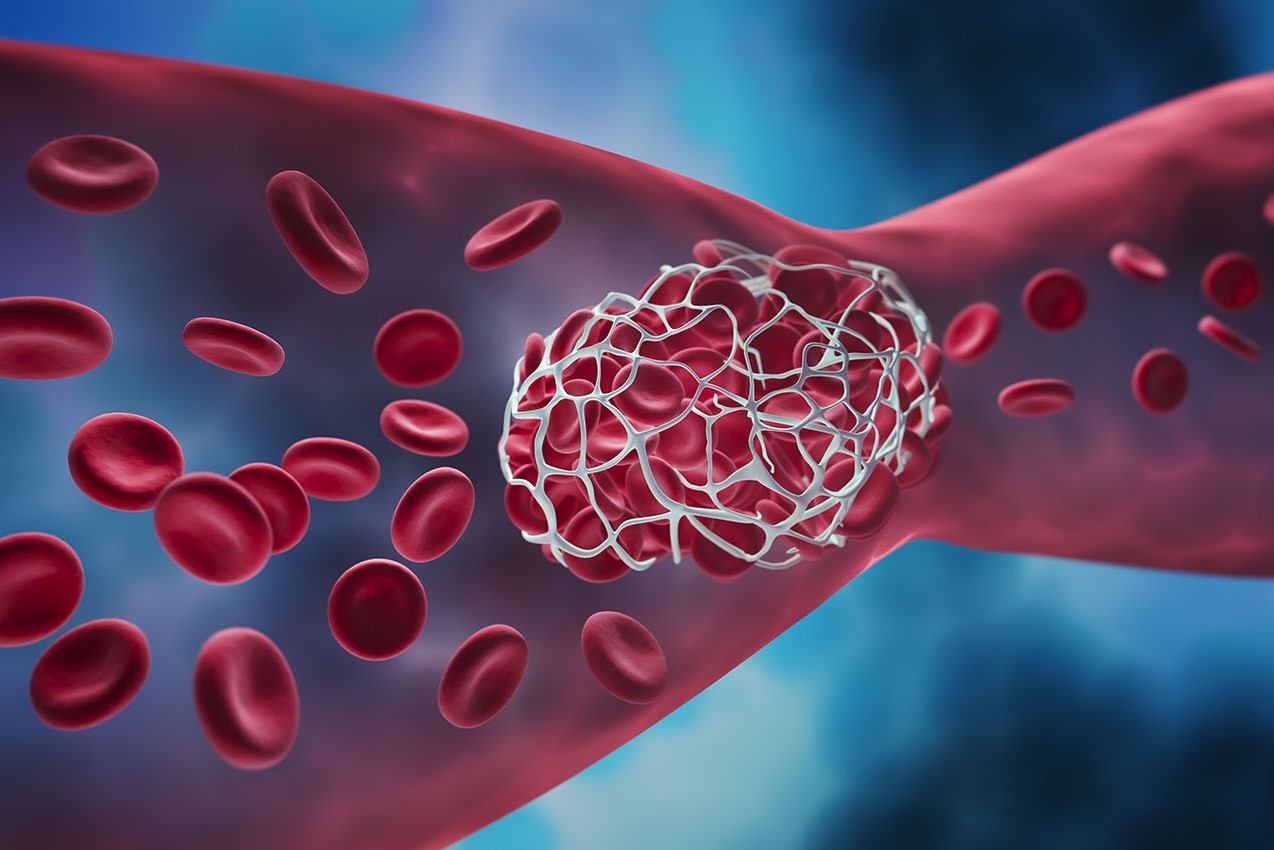 Newly published research out of the University of Cincinnati and the University of California-Davis shows that direct oral anticoagulant (DOAC) drugs are more effective and are more cost-effective than low molecular weight heparin for treating cancer-associated thrombosis.

The research was published in the Annals of Internal Medicine.

“For reasons that are not completely understood, cancer is a pro-thrombotic state. In other words, in cancer patients, their blood clotting system is turned on in a way that makes them more likely to develop blood clots,” says Mark Eckman, MD, professor emeritus in the Department of Internal Medicine at the UC College of Medicine, and senior author in the study.

“This is still an area under investigation, but we know from decades of experience and clinical trials that cancer patients are at an increased risk of blood clots. In particular, cancer patients who have already had a blood clot are at even higher risk,” Eckman said.

Mark Eckman, MD, professor emeritus in the Department of Internal Medicine at the UC College of Medicine/Photo/Colleen Kelley/UC Marketing + Brand

The seeds for the study were planted when former UC faculty member Shuchi Gulati, MD, conducted a capstone project while taking a course at UC on decision analysis and cost analysis taught by Eckman. Gulati, formerly at the UC College of Medicine and currently an oncologist at the University of California, Davis, is the lead author on the study.

“For many years, injection of low molecular weight heparin has been the treatment of choice in patients who have cancer,” says Eckman. “The long-standing anticoagulant that we’ve used for decades, warfarin, has been associated with a higher risk of re-clotting in patients with cancer who’d had a prior pulmonary embolism or deep vein thrombosis (DVT), which is why the heparin shots have been the cornerstone of treatment. The direct oral anticoagulants came on the scene about eight or nine years ago, and they have better safety and efficacy profiles.”

Eckman says this research used several recently published meta-analyses that have combined DOACs as a group and compared them to low molecular weight heparin. Several of the analyses have shown an improved efficacy and a decreased risk of major bleeding with the DOACs as a group compared to low molecular weight heparin. While he says that is indicative of greater efficacy of DOACs, they also wanted to examine the cost factor.

“Even when you have a treatment that has greater efficacy and lower side effects, the question is are people willing to pay the additional cost to gain that benefit in outcome,” Eckman says. “Can we use these oral agents now which are a lot more convenient, and what are the cost-effectiveness implications? It’s an important clinical question right now and a lot of oncologists have already started using the DOACs instead of low molecular weight heparin.”

The next step was to compare the three DOACs — rivaroxaban, apixaban, edoxaban — and low molecular weight heparin, head-to-head, using a computer model Eckman and Gulati constructed that simulates major health events that happen to patients over time who have experienced a blood clot.

The model simulates events including recurrent pulmonary emboli, recurring DVT without pulmonary emboli, major bleeds and clinically relevant nonmajor bleeds as well as mortality. Then, over the course of the lifetime of the patient group, the study examined the accumulating lifetime costs and lifetime effectiveness measured in a metric they called “quality-adjusted life years” or QALYs.

Most importantly, all the DOACs are more effective and have a better side-effect profile than low molecular weight heparin.

“QALYs are basically years lived by the members of the cohort but adjusted for the quality of life in the different health states they experience over that time,” Eckman says. “If you were to have a major bleed for instance, you would have a decrease in your quality of life. In terms of data, one of the advantages of a model like this is that we were able to pull data from multiple sources because it’s all not available wrapped up in a neat ribbon in one clinical trial.”

Eckman says when discussing such a cost-effectiveness analysis, they are looking not only at the cost of the drug, but also the costs that are accrued or saved because of the drug’s efficacy or complication risk.

Another complicating factor in the analysis of the monthly drug cost, he says, is whether the drugs are purchased through a federal facility such as the Veterans Affairs or at a brick-and-mortar or online pharmacy. An individual’s insurance coverage plan can make a huge difference in the patient’s out-of-pocket costs for these medications.

“Most importantly, all the DOACs are more effective and have a better side-effect profile than low molecular weight heparin,” Eckman says. “Which of those is the most cost-effective is going to depend for any given patient on what the cost of those drugs will be for them. That decision can be one that is made in concert with the oncologist and the patient.”

Medical News Today: Gene mutation may be a key to lung cancer treatment

The University of Cincinnati's Pier Paolo Scaglioni, MD, has received a $1.5 million National Cancer Institute grant to continue research into the roles of the KRAS gene and lipids in lung cancer.