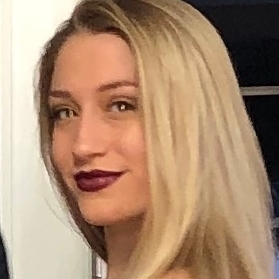 The honor student aspires to be a virtual design construction manager and has spent his time at the University of Cincinnati connecting with the community and leading engineering students across the nation.

As a student in the Accelerated Engineering Degree or ACCEND program, Woo will graduate from UC next May with both bachelor’s and master’s degrees in architectural engineering after six years at the university. He spent his first year in UC’s exploratory program.

Mark Woo smiles for a photo outside the Metropolitan Museum of Art in New York City.

Woo was born and raised in Hong Kong, but he knew he wanted to pursue higher education in the United States. When he was 17, Woo decided to move to the U.S. to better understand American culture. He finished high school in Cincinnati and chose to attend college at UC because of the school’s architecture program. Woo’s family still lives in Hong Kong.

Through the ACCEND program, Woo can work toward both his degrees while enjoying the benefits of UC’s nationally ranked cooperative education program. The engineering student has completed several co-ops in New York City as an intern for both architecture and construction management firms. Being from Hong Kong, Woo says he is used to life in a big city. But he enjoys his time spent on campus, too.

“I really like UC, the architecture is pretty unique,” he says. “You never feel bored walking through the buildings.”

Woo’s architectural education also brought him to Charleston, South Carolina, where he spent a week volunteering with Habitat for Humanity building housing for low-income clients.

“It was cool working with other students doing something meaningful,” he says.

Woo poses for a photo outside of the Newport Aquarium overlooking Cincinnati.

Woo is passionate about helping others. He tutored underclassmen while working with the UC Learning Commons, a program that provides centralized academic support for UC students, bringing together faculty and hundreds of outstanding peer educators to promote academic success. Through the American Society of Civil Engineers, Woo helped educate the public on the important work of engineers and inspired young people to pursue the field. In 2019, the honor student was elected as one of the national student officers for the Architectural Engineering Institute where he connected student chapters across the nation and coordinated fundraising events. One such event was a competition challenging students to build structures made from cans to raise money for charity. Woo was named Junior of the Year by the UC College of Engineering and Applied Science Tribunal in May for his initiative and leadership.

“I care about how I can help other people,” says Woo, “and how they can grow and learn from me.”

Woo also built relationships with his peers through involvement in the International Partners and Leaders (IPAL) student group at UC. The group, consisting of both domestic and international members, was created to help international students navigate American culture.

I care about how I can help other people, and how they can grow and learn from me.

Woo says he has learned a lot about other cultures and made a diverse group of friends through IPAL.

“I would recommend to international students to reach out,” Woo says. “I believe words could change someone’s life.”

The University of Cincinnati announces its new partnership with the Great American Insurance Group (GAIG). Establishing a workspace within UC's 1819 Innovation Hub will provide GAIG with frictionless access to UC's diverse talent and successful opportunity to connect with other corporate CID partners to advance its innovation initiatives.